Most people have heard about the big rock festivals on the Island, but did you know that there are a whole crop of cultural, musical and sporting events held throughout the year?

Chale Bay Farm makes an ideal place to stay if you are attending any of these events as it is within 25 minutes of most of the island.

NOTE: Many of these events have been or are liable to be postponed due to the CoronoaVirus COVID-19 crisis.  As a result we have not updated this page for 2021 which we normally do each Spring. 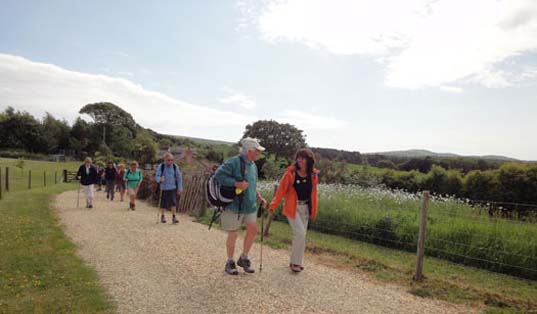 The Isle of Wight Walking Festival was founded back in 1999 at which time it featured a programme of just 39 walks through the beautiful landscapes of the Island. Since then it has grown to become the biggest walking festival in the UK and Europe, with over 250 walks taking place as part of the main event. Normally takes place from the end of April and into May. More>>>
Don't forget there are a further walks on the Isle of Wight Walking Weekend usually held in late October. 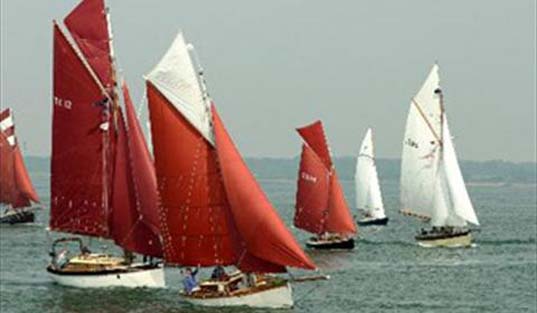 Since the times of King Charles I, yachts and many fishing boats favoured the gaff rig, where the mainsail has a spar at the top (the gaff, hence gaffer), and at the bottom, (the boom).

The Isle of Wight Old Gaffers Festival celebrates these wonderful old craft andYarmouth's picturesque harbour will be filled with life and colour with more than 100 visiting traditional sailing, steam and motor vessels, including the cream of the Old Gaffers fleet.On the water are tropy races and on shore is plenty to do including street entertainment, live music and crafts and stalls. Usually held in early June. More>>> 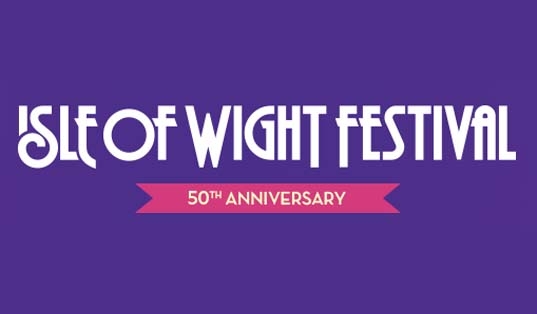 The Isle of Wight Festival had its roots in 1968 when a relatively small event attracted 10,000 visitors to Ford Farm near Godshill.

The Isle of Wight Festival was revived in 2002 and has continued every year since in its current venue at Seaclose Park near Newport, attracting typically 50,000 to 70,000 visitors. The modern incarnation boasts up and coming acts of the day as well as global superstars.

This year the acts announced so far include Depeche Mode, Kasabian and Liam Gallagher. More and Buy Tickets>>> 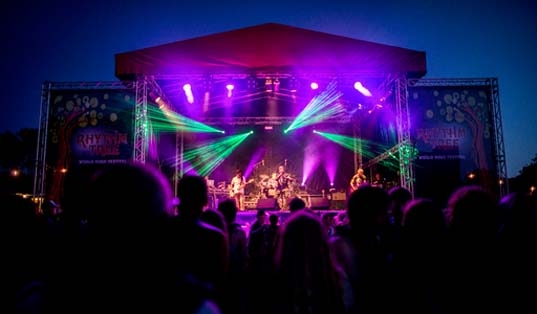 The Isle of Wight's most original, fun-filled, family friendly festival returns to Calbourne for its seventh consecutive year.With an unsurpassed reputation for bringing together a diverse, rich mix of high quality music and family entertainment, Rhythmtree Festival 2018 will showcase an increasingly diverse range of music with musicians from the Island, UK and beyond. More>>> 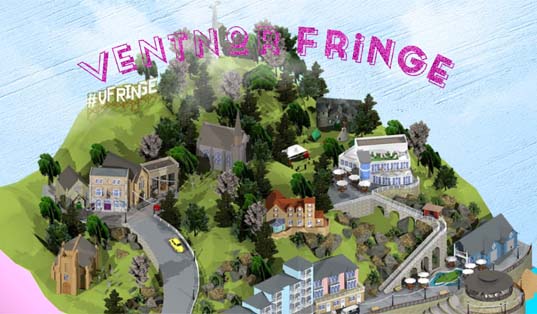 Originally created by a team of local students in 2010 the festival follows the core principles of the famous Edinburgh Fringe that inspired it, in which any artist can take part. Since then, the Ventnor Fringe has gradually grown into one of the Island?s most exciting new festivals.

A 6 day wonderland of pop-up bars and boutique venues, featuring more than 300 artists from across the world!More>>> 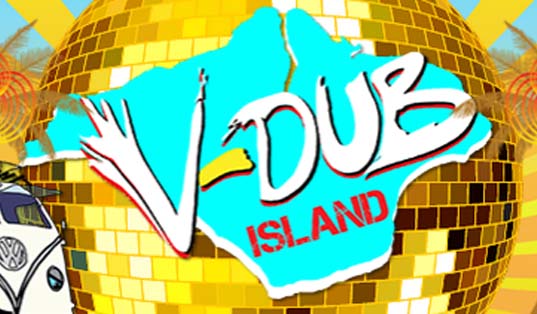 A family-friendly chilled event that?s part music festival, and part meeting point for lovers of Volkswagens, of all types.

The seventh V-Dub Island takes place at Fairlee Farm on the Isle of Wight from Friday 11th until Sunday 13th August 2017. The fancy dress theme for this year is "nautical neon". More>>> 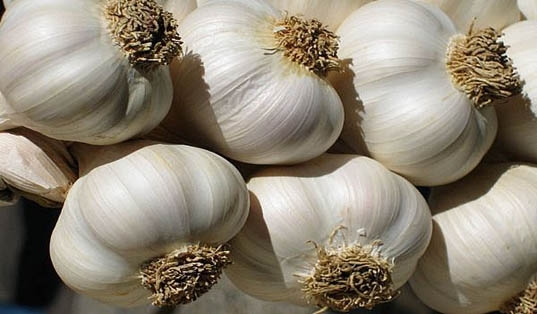 A Garlicky summer show with something for everyone.

Set against a beautiful backdrop of rolling green hills abd farmland the Garlic Festival is located just outside Newchurch, this show is food and entertainment at its very best with a vast array of eats, sights and sounds to suit all tastes and ages.More>>> 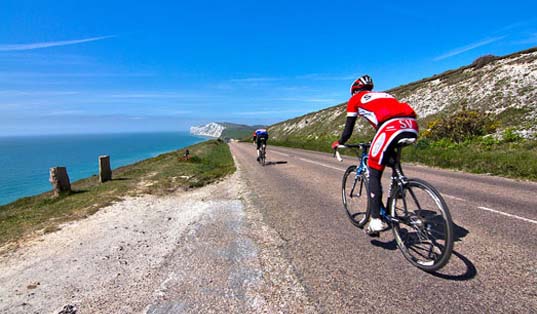 With a launch weekend featuring a retail village, rides suitable for all ages and abilities, local cuisine, entertainment and incorporating the SpyVelo 100 mile Cyclo-Sportive, the IW Cycle Fest will start in style. Over the next few days, multiple rides will take place from various locations ? with accurate grading and all cycling disciplines covered, there will be rides suitable for every rider. The second weekend will be an off-road extravaganza, with a Cyclo-Cross race, junior racing, coaching sessions and the mighty 7 Hills MTB event. With a relaxed, family atmosphere throughout, plus local food vendors and live entertainment, the IW Cycle Fest will end with a cycle themed closing party. More>>>
Don't forget also that the Isle of Wight is brilliant for cycling all the year round with many other events taking place outside the festival including the Round the Island Randonnee, the Wight Ferry and All Wight Sportive.